Greg has created and grown some of the world’s largest and most successful brands during his 18-year career – launching 500+ items across 17 food and beverage categories into 12 countries – with a primary focus on the “green Space”. Greg is a distinguished member of the Cambridge Companies SPG advisory board and advises Cambridge SPG management on Food/Beverage Industry Investments.

In 2016, Greg joined Foodstirs Modern Baking as co-founder & COO. Greg is co-founder of Purely Righteous Brands LLC (PRB), fostering the growth of “green space” health food & beverage companies. Roster includes Chameleon Cold-Brew, Revolution Foods, Arctic Zero, Temple Turmeric, Epic Provisions, Kashi, & SUJA Juice – all committed to game-changing the sectors they are in. In 2015, Greg Co-founded Modern Alkeme with Real Housewife of New York City, Jules Wainstein. This is a first of its kind ‘clearing’ tonic made from an ancient Japanese recipe. Under PRB, Greg served as Chief Marketing & Strategy for Suja, the #1 cold-pressured fresh juice brand in the US where he led business strategy, marketing, innovation, and retail customer development. There he positioned the portfolio, created & launched 35 new items (including two sub-brands) and built 3 sales channels. Prior to that, he served as CMO of Sambazon, the maker of fresh amazon superfood-based beverages. As GM/CMO, Greg led marketing, strategy, innovation and business development for Coca-Cola’s FUZE & Energy portfolio. He also worked for over 10 years as an executive strategist, marketer, and innovator with M & A duties at Kashi/Bear Naked and Kelloggs. A passion for gold-standard farming, Greg currently serves as a board director for Demeter Biodynamic where he chairs the Strategy and Marketing committees. 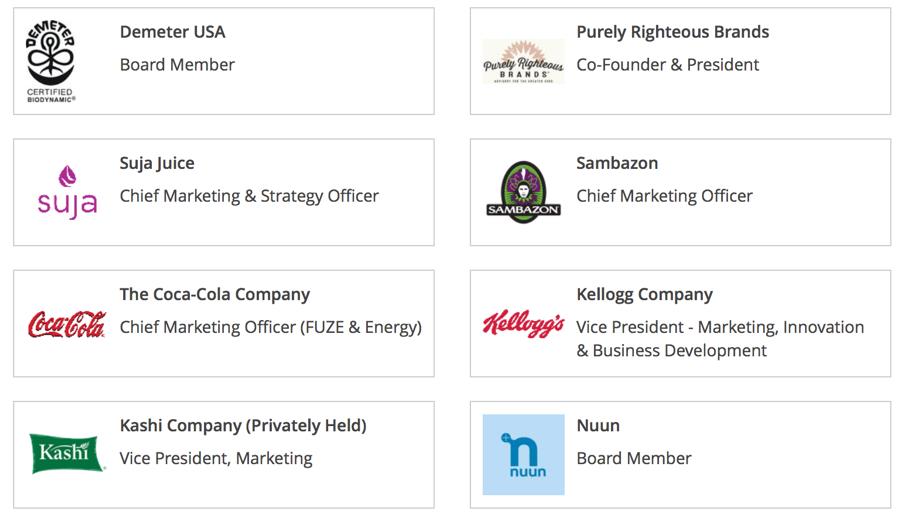 Greg Fleishman was recently named by Forbes as one of top CPG / Food & Beverage Influencers and Deal Makers in the U.S.